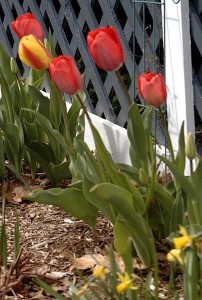 Here in Freeport Maine we finally have cast off our long Winter and Spring is definitely underway!

The tulips and hyacinth are out in force, and are showing their beauty.

Can the lupine be far behind?? 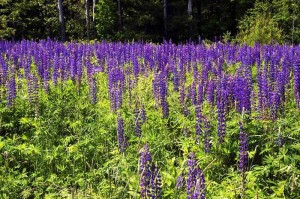 Maine’s coast is a truly beautiful place – but you know that already!

The rocky coast, sandy beaches, a multitude of islands just offshore, not to mention lighthouses, lobster shacks, boats bobbing in the harbors, and lobster pots dotting the seascape.

This spring has been especially beautiful, because of the amounts of rain, and the mild temperatures we’ve enjoyed. but this week the lupine appeared. When that happens, it is as if a marker has been set, that warm weather is really here, and the wonderful sunny days of summer have arrived. 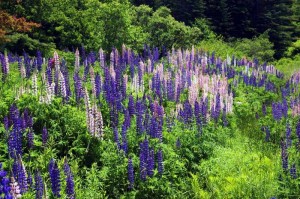 For the next several weeks we’ll be able to see lupine along the highways, back roads, and fields. The vivid blue, pink and white stalks, waving gently in the breeze, add finishing touches of color to Maine’s beautiful outdoors. 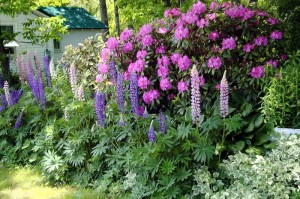 It seems like such a simple question. But this is Maine! Home of beautiful, rugged seashores, picturesque lighthouses, outdoor adventure galore. And yes, unpredictable weather!

Some say that Maine has five seasons – the usual four, plus Mud Season, which extends from WheneverTheSnowMelts to WhateverDayIsWarmEnoughToBeSummer (or something like that).This year March has lived up to the “in like a lion, out like a lamb” axiom. The early part of March had snow and severe winds. The latter part is sunny, sometimes warm, with fits of snow to let us know that it won’t be going quietly.

While certainly the time between March and late April or early May is known as “Mud Season” for a reason, that doesn’t mean there isn’t good reason to be here! For one thing, in the five seasons we’ve operated Brewster House Bed & Breakfast in Freeport Maine, most of the years there has been a very good amount of warm, sunny, weather throughout that time.

In fact, because there are not many people coming to Freeport in the earlier part of the year, it can be a great time to visit. For the shoppers in Freeport the stores are not crowded, and many Freeport outlets are still running sales to make room for Spring lines. For the photographer, lighthouses and beaches are nearly deserted, so great photos can be taken if you’re looking for a photo that doesn’t have other visitors in it.

Spring is also a great time to find that lobster shack (though some may not be open until it is a bit closer to summer), and look for off-season pricing. If you’re looking for a chance to see a moose in the wild, the males will have their full set of antlers, and the timing is perfect.

, Spring Serenity, where you can get three nights for the price of two!