Not far from their more photographed cousin at Portland Head stand the the two towers known as Cape Elizabeth Lights, or Two Lights. They were first erected in 1828 as rubblestone towers, then replaced in 1873 by cast-iron towers. 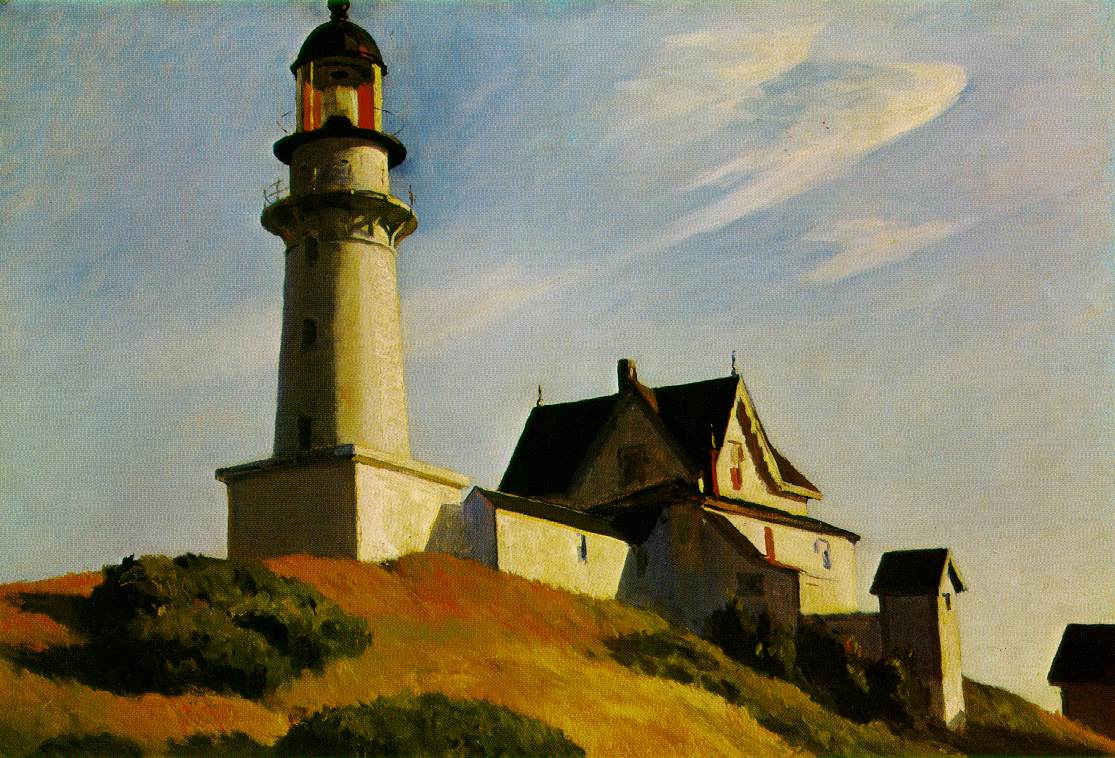 The towers have different light patterns, one fixed and one flashing, so they can easily be recognized from the sea, and the two lights form a range, allowing a vessel to know its position precisely when the lights are aligned. The west tower was discontinued in 1924, while the east tower still functions as an aid to navigation, marking the entrance to Casco Bay.

The U.S. Coast Guard website contains historical information on lighthouses and relates the following events which took place at Cape Elizabeth in 1885: 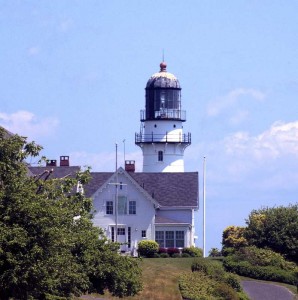 One of the most thrilling episodes in the history of the lighthouse occurred on January 28, 1885, when Keeper Marcus A. Hanna saved two crew members of the schooner Australia which had grounded on the ledge near the fog signal station. The two men had taken to the rigging and were coated with ice, unable to move. The captain was drowned as a huge comber washed the deck. Keeper Hanna, securing a heavy iron weight to the end of a stout line, attempted time and again to reach the men with it. Suddenly a towering wave struck the schooner and smashed her against the rocks, putting her on her beam ends.

Keeper Hanna again threw his line and watched it land on the schooner. One of the seamen managed to reach it and bent it around his waist. Then he jumped into the sea and the keeper, with great effort, pulled him up over the rocky ledge. The keeper now heaved the line a second time and finally it reached the second seaman who wound it around his icy body. Then he too jumped into the ocean. Just as the keeper’s strength was exhausted in trying to haul ashore the second man, help came in the shape of the keeper’s assistant and two neighbors, who helped haul the man to safety.

The present light is 67 feet above ground, and 129 feet above the water. Its beam is visible for 17 miles.

The keeper’s  house at Two Lights is privately owned. The owners have enlarged the house and added other features, so it no longer appears as it did when being used to house the lighthouse keeper and his family.

Near the east tower is a well-known lobster shack, which makes the Cape Elizabeth lights a delightful place to visit.

One thought on “Let’s Look at Lighthouses: Cape Elizabeth Light”